The mystery novels of Hazel Holt feature a fifty-something widow, Sheila Malory. She is, in many ways, a latter-day Jane Marple, knowing every piece of gossip and bizarre relationship of her small English village. Jane Marple was always a big surprise to the local police and to the other characters in the Christie stories about her. But Sheila Malory is no surprise. Everyone knows she knows everything, and when there are mysterious deaths and the like, the police (the main inspector being her godson) and the rest of the village seek her out. She is an animal lover (her Siamese cat Foss and her dog Tris are serious ongoing characters), and all of her meals and her cooking are described in great detail. And she is a scholar of some repute on eighteenth century literature and is often writing reviews or, in one case, asked to evaluate a library.

In an earlier post I stated my dislike of the word “cozy” to describe novels like these. I think they offer us a real-life look at the things that make people tick, the little annoyances, jealousies, and greed that really to lead to murder. None of that is very “cozy.” And Mrs. Malory always gives us a good view of the moral and ethical dilemmas in all these cases. The solution is not always arrest and bring to trial. Sometimes the murderer is given mercy and opportunity to find their own way out.

Hazel Holt was a good friend of Barbara Pym, and they both lift up the strength, intelligence, and courage of English women who grew up between the wars and knew the sorrow that came from World War II. They offer us much to learn in our own time about resilience and grace, and these novels are one subset of the literature that brings us exactly that.

The setting is contemporary; the first was published in 1992, the last in 2014. Hazel Holt died in 2015. Some of the titles are in print, some out. A publisher in Seattle called Coffeetown Press has reissued the first seven. The books should be read in order, and here it is: 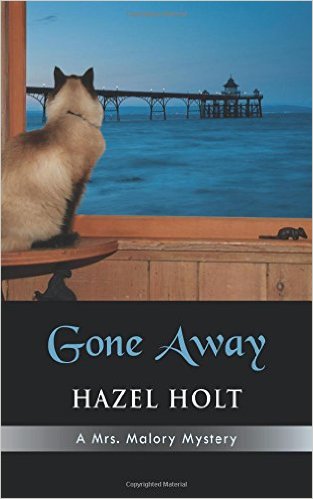