I’ve always been easily caught in long sagas. I’ve read Sigrid Undset’s Kristin Lavransdatter twice! (I’ll save that for another day.) So when my new book group decided to read Pachinko by Min Jin Lee, I was pleased to note that it is, indeed, a long saga.

Now Kristin Lavransdatter, being from the land of my people (that would be Norway) is a much likelier choice for me. We do like to read about ourselves and the things we we know, right? Pachinko is about three generations of a Korean family, stretching from the turn of the 20th century and the Sino-Japanese war into the 1960’s in Japan and the US. It’s difficult reading at times because of the harsh relationships and the strict rules of family and Christianity that bind these people, rules that seem all too familiar to us in the West as well. We follow this Korean family out of Japanese-induced poverty in Korea into virtual slavery in Japan, and cheer with some of them as succesful and become educated and even, in one case, wealthy. But the old ties of honor cause as much grief and hurt as they maintain the close bonds of family.

The title comes from a kind of gambling machine (sits upright) with little balls. The balls that are won are traded for cash. In Japan, a huge number of people play Pachinko all the time. The Korean connection is that 80% of the Pachinko parlors are owned by Koreans.

This is a well-written and powerful story of family and culture, and worth the whole length of it! 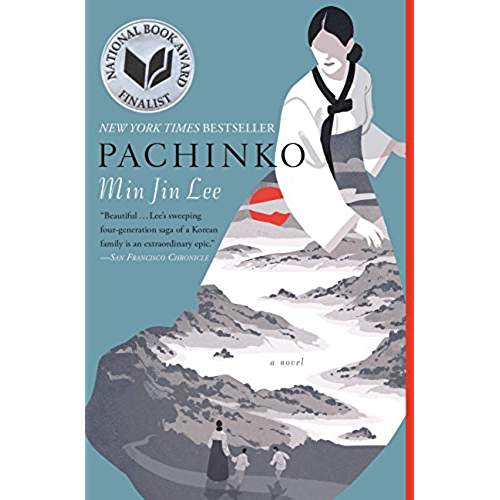